I’ve recently been reading Dr. Christiane Northrup’s new book, Dodging Energy Vampires. This book is a life-saver for highly sensitive people, also known as empaths, who are often the target for “energy vampires”.

In a nutshell, Dr. Northrup is describing what has commonly been referred to as narcissistic abuse. Narcissistic abuse is perpetrated by “vampires” on the sensitive souls who they covertly feed off of in order to fuel their own emptiness and dysfunction.

Energy vampires are typically individuals with a character disorder such as narcissism, borderline personally disorder, sociopathy and psychopathy. They can be very charming, disarming and seductive when luring someone into a relationship with them which is one of the reasons it is so hard to break away.

When things turn bad, the empath is often blind-sided and strives to get back to the “good stuff” which was there in the early days of the relationship. The empath will often continually over-give while receiving little in return.

This pattern of over-giving and under-receiving was often set-up in the childhood of the empath due to their own family wounds that have yet been healed. This early childhood wounding makes them the perfect target for the energy vampire.

For years now, I have been aware that at any given time approximately 50% of my clients have come into therapy due to a relationship with an energy vampire in their life. This vampire may be a spouse, boyfriend, parent, sibling, boss, co-worker or friend.

The client often does not understand what is going on in terms of there being classic narcissistic abuse. Often all they know is that they are in pain and no matter what they do to try and make these relationships work, nothing helps. They feel confused and stuck at best, and crazy at worst.

Are you an empath? If you are reading this, you most likely are. I have found that a large majority of people coming into therapy or reading self-help blogs and books are intuitive empaths that are trying to figure out why they are in pain.

Dr. Northrup describes empaths as sensitive souls with “super powers” such as heightened levels of compassion, loyalty, self-direction and a deep concern for others. Empaths are often deeply affected by the suffering in the world, easily overwhelmed by negative energy and often take on and absorb the energy of those around them.

Living in today’s world is difficult for highly sensitive empaths. They often find themselves depleted, anxious, depressed and seeking more solitude than the average person. High levels of empathy and sensitivity are a gift, yet an often misunderstood one.

If you find yourself relating to the characteristics of an empath, help is available.

It is crucial for empaths to heal the childhood wounds that may have set them up to over-give and under-receive. Empaths were often criticized as children for being “too sensitive”, thereby causing the empath to reject their basic inborn nature. Being sensitive is to be honored and respected, not denigrated.

Empaths often need to learn to set healthy boundaries for themselves. They need to  say no more often to unwanted requests and more readily recognize the red flags of an energy vampire in their midst. Developing healthy self-care strategies is a must for empaths who have a highly sensitive nervous system that needs regular soothing, maintenance and repair.

It is often difficult to recover from narcissistic abuse by one’s self. The wounds left by an energy vampire run deep and can last a lifetime. These wounds can cause chronic physical and emotional problems if left unattended. If you feel you have an energy vampire relationship draining you at the moment, reach out and get the help you deserve before the costs run too high. Your health and your life are at stake. 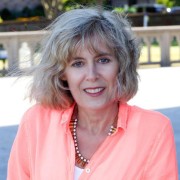 Nancy Harris is a Denver, CO-based holistic therapist and transformational life coach with more than two decades of experience. She is also the creator of the Navigating Change with Vision, Passion and Purpose Life Coaching Program. Click here to find out more about Nancy and her work.

This site uses Akismet to reduce spam. Learn how your comment data is processed.

A Warm Welcome from Nancy!

I believe we are all here to grow, evolve, heal and learn to love and be loved. And I would love to help you stand in your truth, connect with your deeper desires, claim your worth, raise your self-esteem, and create a bigger vision for your life and step into it.

In other words, I want you to wake up to an inspired life every single day. Click here to find out more about me and my work.

"Through Nancy’s excellent guidance, I have found within myself the concrete means of effective change and I'm successfully achieving the goals I set!” ~ J.M.

From Burnt Out to Blissful

How do you want to feel: Burnt out or Blissful?
It is a no-brainer, isn't it? You immediately get captured by the magnetism of a person who is thriving and living an inspired life. It’s alluring, attractive, and enchanting. It draws us in, leaves us curious and wanting more.

The transformation from burnt out to thriving is something I know personally and have navigated myself. I have also been helping my clients do the same for more than 20 years. I'd love to help you too. Click here to receive my guide called From Burnt Out to Blissful: Seven Steps to Living a Magnetic Life for Creative People. It's FREE!

What I Write About